A reel is a daisy-chain configuration which reliably and cost-effectively extends infrastructure coverage over wide areas. This tutorial outlines the four steps to deploying reels to cover a space, namely:

Planning
Placing the reelceivers on the floorplan

The initial step is planning where to deploy the infrastructure within the space. This is typically accomplished using floorplans. Based on the application, infrastructure can be placed to maximise zone coverage and/or to provide granularity at specific points of interest (POIs).

The following floorplan serves as an example of a hybrid approach where: 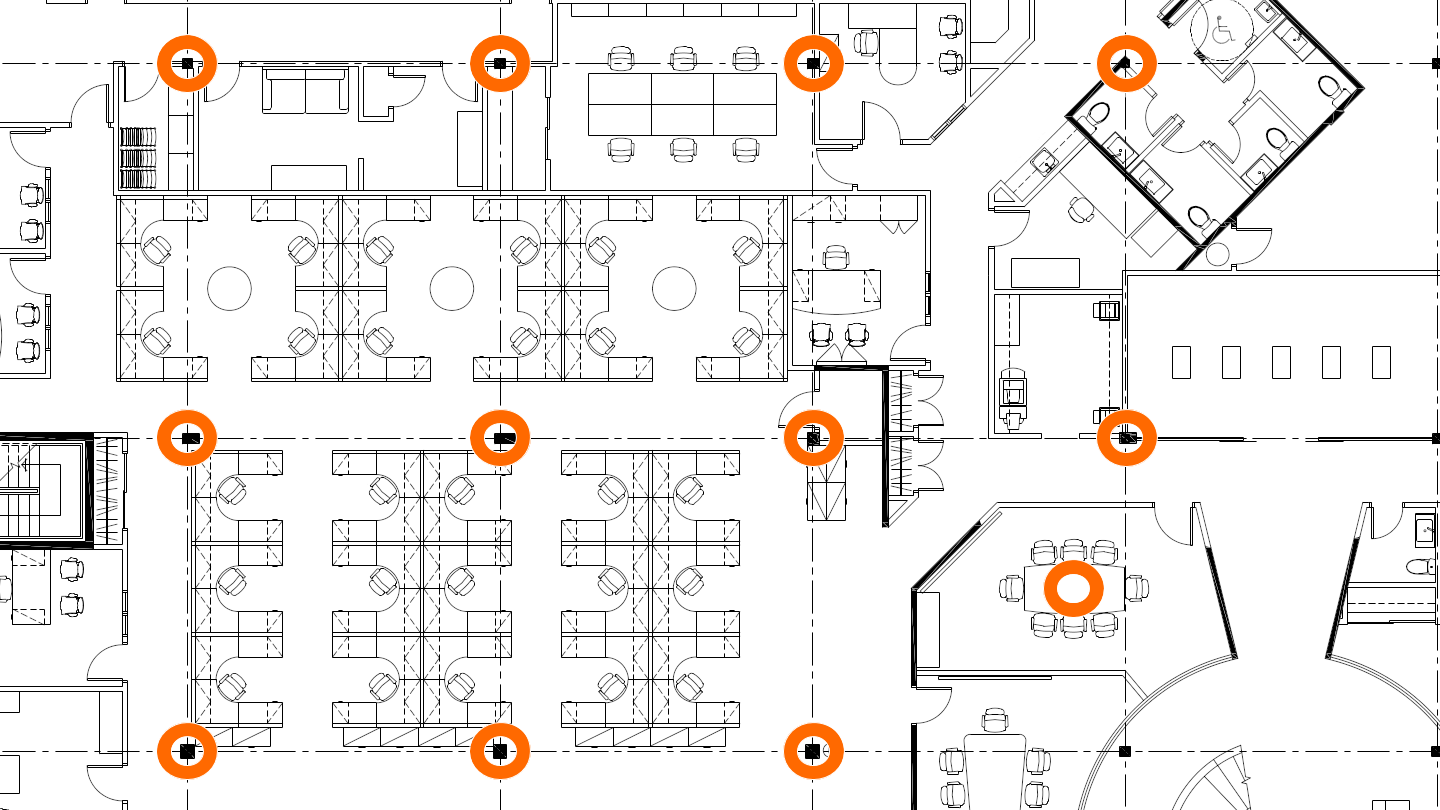 Routing
Connecting the reelceivers on the floorplan

Once the infrastructure placement is complete, the next step is to route the cables for the daisy-chain configuration. Routing can be performed such as to facilitate deployment provided it respects the following limits on reelceivers per reel and cable lengths.

The following floorplan shows one possibility for routing the 12 reelceivers on three reels originating from the server room, each following a logical path along a row of support columns. 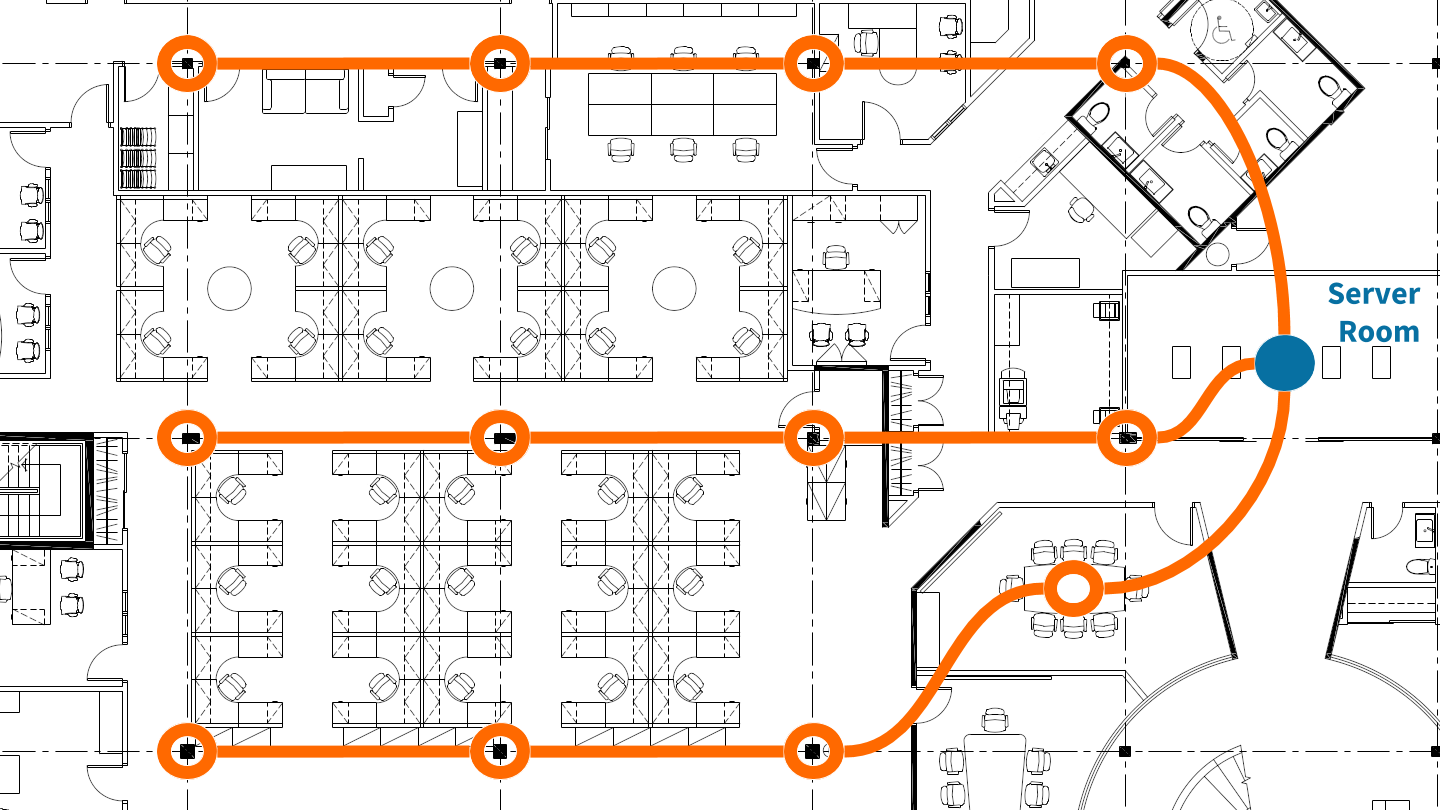 We propose the following convention for identifying each cable, which is illustrated on the floorplan below.

Cabling
Running the cables in the space

Based on the routing plan, a network cable installer can complete the cable drops as per any specific aesthetic or functional requirements of the facility operator(s). At a minimum, each placement would simply receive an RJ-45 plug-terminated cable leading to each neighbour along the reel. The following image shows how a service loop, junction box and patch cables — or any combination thereof — can be used for flexible placement and/or aesthetics. 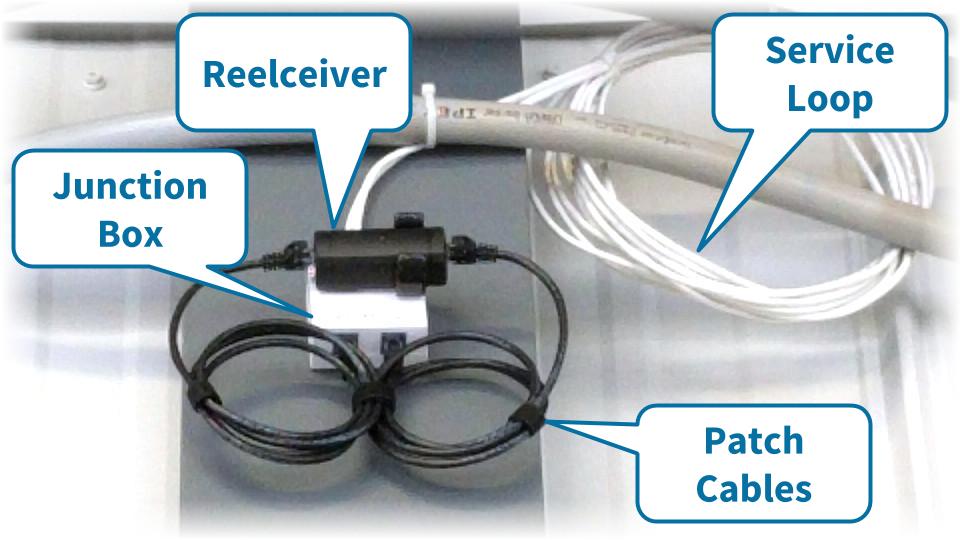 It is strongly advised to label the plugs/connectors at each placement with the corresponding identifier of each cable, as shown in the image. Reelceivers are directional, and consistent labelling greatly minimises reverse-installation errors.

If the connectors are visible and accessible such that they may be mistaken for Ethernet, it is highly advisable to label them to this effect so as to avoid any confusion. 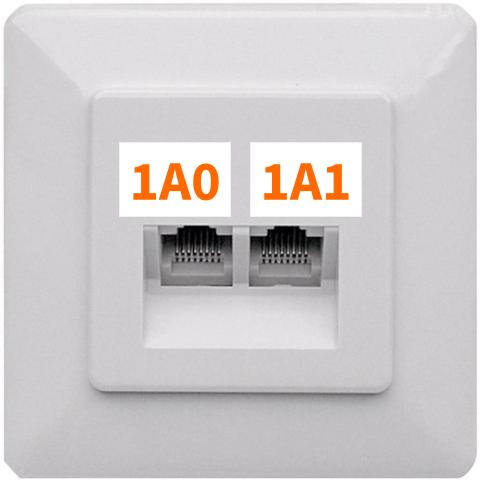 Serving
Connecting the reels to the IP network

Each reel receives power and connectivity from a hub, which is typically installed in a server room. The '0' cable of each reel should be connected to a patch panel, if available, or a junction box (and labelled in either case).

The hub is an industrial serial-Ethernet converter with DIN Rail mounting capability. The hub can be securely mounted in two ways: 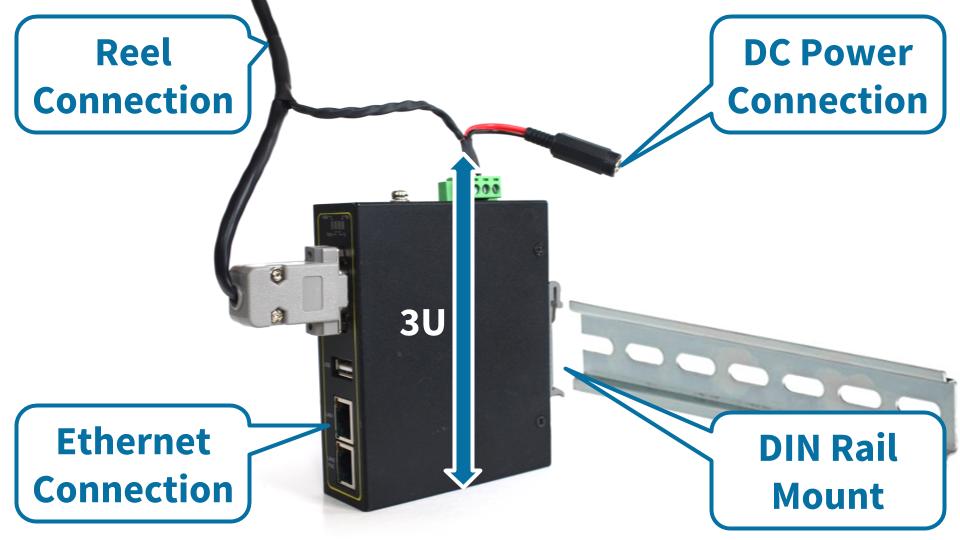 Learn more about our reel architecture, compare with our Owl-in-One deployment guide or return to the diyActive home page.